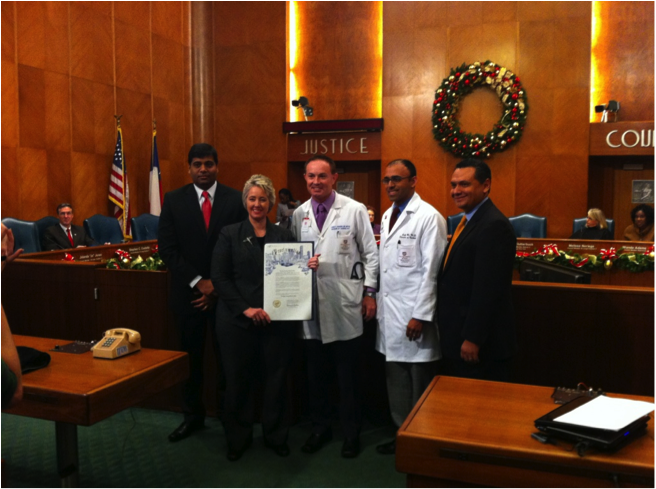 HEARTS™ , which stands for Houston Early Age Risk Testing and Screening,  is a collaborative effort with the Houston Rockets, Memorial Hermann Hospital, and University of Texas Medical School to help screen and save adolescent lives from sudden cardiac death (SCD) in HISD. We would like to extend an invitation for you to join us at the official launch and press event of the HEARTS screenings beginning this Fall at Hogg Middle School.  During this press event, scheduled for September 23 at 10 AM, we plan to make a commitment via the media to spreading awareness of the undiagnosed cardiac abnormalities found in young children.

Sudden Cardiac Death (SCD) claims the lives of over 450,000 Americans each year* and is the #1 killer in young athletes in the U.S.  SCD can result in the death of individuals who may or may not know of any pre-existing heart conditions. SCD often occurs in active, seemingly healthy people with no known heart disease or other health problems.  Fortunately, lives can be saved with early detection.