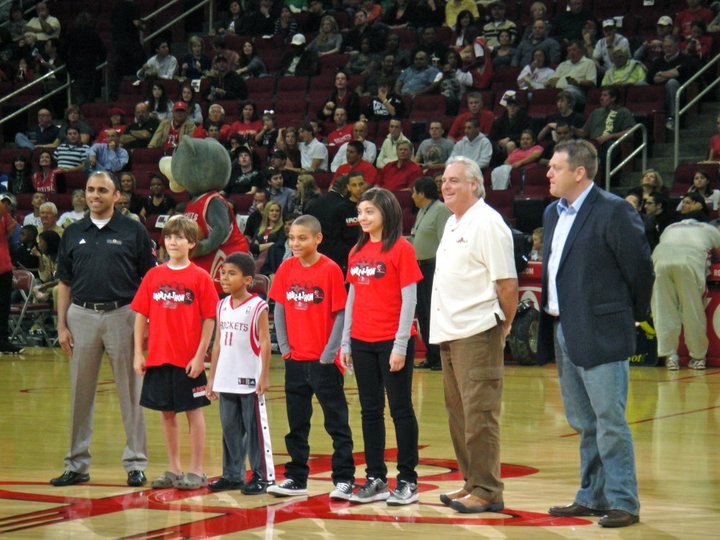 The Houston Rockets will host the first Rockets Dribble-A-Thon event at Toyota Center prior to the Rockets vs. Cavaliers Kids Day game on Dec. 11, 2010. Dribble-A-Thon invites kids to raise money for HEARTS by collecting pledges to dribble a basketball at Toyota Center during the two and a half hour event. Estimated start time is 12:30pm.

The beneficiary of the event is Houston Early Age Risk Testing and Screening (HEARTS), a program designed to prevent sudden cardiac arrest in teens through early detection.